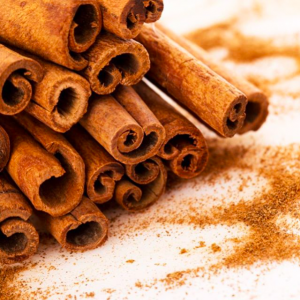 Hormonal Health - The benefits of cinnamon

Do you know the benefits of cinnamon?

It's the season for cinnamon! One of my favorite Christmas spices.

Cinnamon makes cells more sensitive to insulin, which makes it easier to stabilize blood sugar levels (and to burn fat).

As such, cinnamon has a beneficial effect on blood sugar imbalances and type-2 diabetes (non-insulin-dependent), because the level of methyl hydroxy-chalcone polymer in cinnamon increases the insulin sensitivity of the fat cells. Actually, to such an extent that the glucose metabolism can be increased by a factor of 20.

Cinnamon has a mild anticoagulant effect and can lower the levels of triglycerides in the blood, LDL, and total cholesterol.

You only need 1/2 a teaspoon daily to benefit from the blood sugar regulating effect.

Only use Cinnamomum verum / zeylanicum and not the "illegitimate" Cassia cinnamon, which contains coumarin that can induce liver damages in particularly sensitive people.

Ananda's cinnamon from Mill & Mortar is my favourite.

In my books Raw Cakes and Raw Snacks you will find recipes with cinnamon. Check out all my books here.